In early March my Aunt Lili told me that she and her friend from Puerto Rico were looking for a group of six volunteers to fly down to the island to help with the hurricane relief effort. Without needing any convincing, two weeks later my best friend, (producer/engineer of my upcoming album) Nate and I headed down to San Juan. While we were there, several friends came to meet up with us at various times during the trip. We worked with many different organizations such as Para La Naturaleza, Eye on the Rainforest, Corporación del Proyecto Enlace del Caño Martín Peña, The Interamerican University of Puerto Rico, and Fundacion Luis Muñoz Marín.

Most days were spent volunteering in the mornings/or afternoon and during the night time we explored different parts of the island, danced, cooked, and played music. Some of the volunteering activities were; cleaning out spaces that had been infected with mold since the hurricane, planting trees to help with the reforestation effort, and clearing debris from park trails. As we worked and met local families we heard countless stories about Puerto Rican’s struggle living under the rule of a disorganized government, mismanaged organizations (such as FEMA) and what daily difficulties exist for those still living without electricity six months after hurricane Maria.

The incredible woman behind planning all of our volunteer work (and our temporary mother in Puerto Rico) was Dr. Yogani Govender. Yogani is the Dean at the Inter American University of Puerto Rico and a well-known Ecologist in San Juan. We stayed in her home with her husband Danny, and son, Lucien.

Danny and Yogani by Isla De Vieques, before collecting water samples for Yogani’s research on the incredible bioluminescent dinoflagellates in the bay 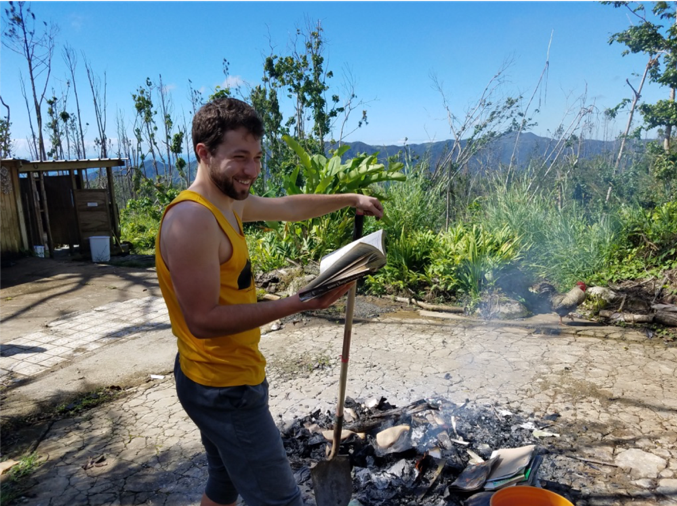 Nate making sure he gets enough sun

Throughout our stay in Puerto Rico we learned a lot about what happened after the hurricane. However, it seems that the string of events are so complicated, and corporate motives so hidden, that the story changes depending on who you ask. For starters, Puerto Rico is difficult to reach with supplies due to its distance from the continental U.S, and limited space in San Juan’s port. In addition, the electrical and water infrastructure were not well designed even before the storm. Somewhere between misdistribution of medicine, food and water, and several questionable multimillion dollar contracts, a devastated country emerged. Now over six months later, there are still thousands without power.

However, even though the country had been devastated, the land, homes and people were stunningly beautiful.

Aside from learning a lot about the culture and politics of Puerto Rico, I also spent countless hours with Nate discussing our careers in music. Before leaving, I thought the trip would be a break from music…and in a way it was. It allowed us both to step back, share our thoughts, reevaluate our plans to achieve our various goals. We talked about habits, mission statements, work ethic, and countless other concepts that we smoothed out as days went by. Instead of a break from music, it turned into a great paradigm adjustment on how we imagined our musical paths. Now we speak at least once a day on the phone, and help each other navigate through our choices.

Stay tuned to hear about some of my latest thoughts on the album, music careers, and other travel ideas I’m kicking around.

P.s thanks so much to Yogani Govender and Lili Loveday for making this all possible! 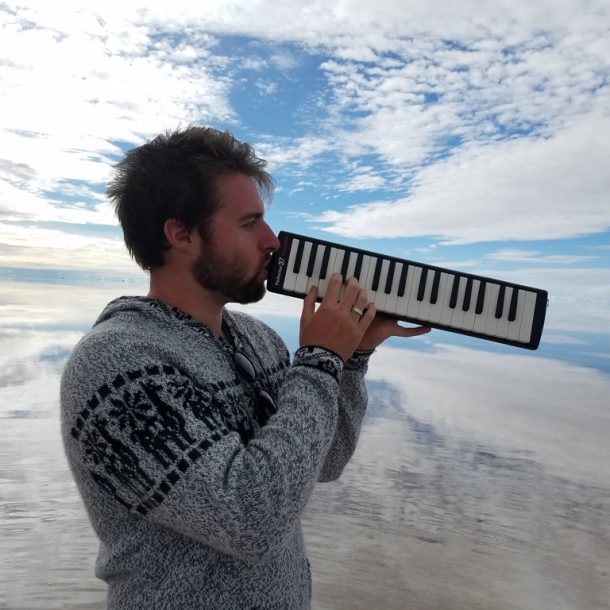