A Doorway to Life: A Senior Show

Yesterday was my senior show, and I couldn’t feel more relieved and content with how it turned out. The prep work was more extensive than any project, or show I have ever worked on. I relied on each and every close friend I have at school, my girlfriend Yajayra, and many other students to help it come to life. I collaborated with videographers, visual artists, producers, sound engineers, set designers, photographers, dancers and fellow musicians.

My concept for the the show was to visually represent my album Wandering Man. The set consisted of luggage, baggage tags, shoes, books, and clothing from all over the world.

The set was designed by Steven Hernandez, and with the help of many friends, was finished in about 2 hours. Then a local painter, Taylor Speed helped lay out several of her travel themed paintings around the space.

Once the doors opened, each audience member was given a program and moved to a “station” where their polaroid photo was taken and stapled into the program which then became their “passport”.

Audience members with their passports

The show was a mix of spoken word, older originals, and the songs from my upcoming EP, Wandering Man.

I played with an incredible mix of musicians, and had such a creative team of people working around me. I felt as if every time I picked up the phone to call a friend and ask for a favor, I was told “yes” or that we would “find a way”. This show has been my first real look at the possibilities after graduation, and I’m excited to push out into the next phase of my journey.

I hope you’ll stick with me, 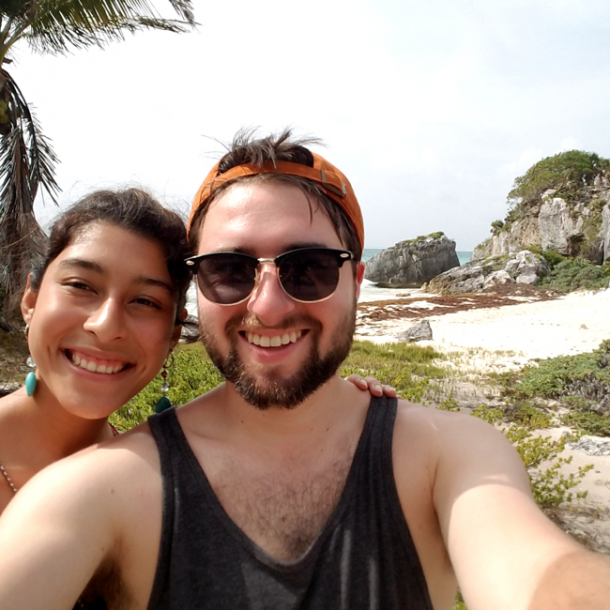